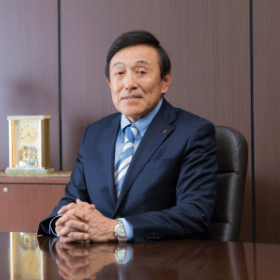 I would like to take this opportunity to extend to you my deepest gratitude for your continued support.

SINANEN HOLDINGS Group launched its second three-year medium-term management plan under the slogan, "Challenging New Worlds with Big Sky-thinking" in the previous fiscal year. Costs have arisen this year as it is the second year of the second medium-term management plan. In particular, the Group is actively working on investment activities to realize sustainable growth, including anticipatory investment in new businesses that will serve as the management foundation of the future and IT-related investments for promoting digital transformation (DX). To further enhance synergy as a group and pursue profit growth and operational efficiency, the Group Coordination Promotion Office, which was established in April 2021, is promoting efforts such as sharing of management resources, business know-how, and networks across group companies.

In the BtoC Business (Retail/Wholesale Energy & Related Business), the sales volume was down due to decreased demand in the mainstay area of LP gas and kerosene as average temperatures from early spring to summer were higher than usual. On the other hand, unit selling prices were up owing to a sharp increase in the price of crude oil and propane contract prices. On the profit side, while there was a recovery in the housing business on top of securing our profit margin on LP gas, the application of the Accounting Standard for Revenue Recognition mentioned below had a significant impact, causing weak profit growth.

In the BtoB Business (Energy Solution Business), we ensured a slightly higher sales volume compared to the previous year in our mainstay Petroleum Business, while unit selling prices went up substantially as in the BtoC Business owing primarily to the sharp increase in crude oil prices. On the profit side, while light oil sales were favorable, overall, profit was down due primarily to such factors as increased procurement costs for electric power and an increase in SG&A. There has been a delay in obtaining the development permit for the new large-scale wind power generation business in South Korea due to the spread of COVID-19 and opposition from local residents as detailed in the Notification Concerning Participation in Large-Scale Wind Power Generation Business in South Korea (Change in Disclosure Item) issued on October 8, 2021. As such, the timing of the launch of commercial operations has been changed to "to be determined." Additionally, in the new micro wind turbine-related business, we plan to conduct field tests under various environmental conditions, such as in Sapporo City, Hokkaido, having completed field tests in Saitama City, Saitama.

In the Non-energy/Global Business, bicycle business operator SINANEN BIKE Co., Ltd. saw lower sales as demand, which had increased the previous year owing to the government providing a special stimulus, dropped back down. Bike-sharing business operator SINANEN MOBILITY+ Co., Ltd. promoted development of DAICHARI stations, including by launching field tests with new local authorities such as Fujimi City, Saitama. As of September 30, 2021, there are more than 2,000 stations and more than 8,200 bicycles as the business continues to expand favorably. In addition, while promoting station development primarily in target areas where a high level of operations is expected through expansion of collaboration with Odakyu Electric Railway Co., Ltd. and a new partnership with JR East Urban Development Corporation, results have also begun to manifest for efforts to improve profitability, such as review of the operational structure. Environmental and recycling business operator SINANEN ECOWORK Co., Ltd. saw a recovery in transaction volume owing to the positive effect of fluctuating supply and demand for wood chips as the decrease in construction waste due to the spread of COVID-19 continues to impact the business. Other businesses such as metal recycling also performed well, contributing to profits. Antimicrobial business operator Sinanen Zeomic Co., Ltd. maintained favorable sales in Japan and overseas against a backdrop of increased demand for antimicrobial products due to the spread of COVID-19. Meanwhile, profit was on par with the previous year due to the rise in its cost of sales. The company continues to cultivate new customers, including the launch of trial production of samples with a leading manufacturer. Systems business operator Minos Co., Ltd. saw steady demand for its flagship LP gas backbone operation system. Power CIS, its customer information system supporting liberalization of electricity retail sales, also grew substantially and performed well. Core building management and maintenance business operator Takara Building Maintenance Co., Ltd. saw favorable results overall owing to an increase of new orders for cleaning and disinfecting medical facilities and an increase in the number of maintenance contracts at housing complexes, which bounced back from the previous year. This was on top of the steady contribution of regular management operations at housing complexes such as condominiums.

As for COVID-19, the decrease in cases associated with the increased rate of vaccination has led to a nationwide lifting of the state of emergency. However, there are also many causes for concern, including breakthrough cases of COVID-19 and a resurgence of infection following relaxation of restrictions on activities, so the future remains unpredictable. In the first six months of the year under review, the pandemic was a profit-decreasing factor in the commercial energy business of the BtoC Business (Retail/Wholesale Energy & Related Business) and the environmental and recycling business. However, overall, the impact was minor as it was a profit-increasing factor in the household energy and antimicrobial business of the BtoC Business (Retail/Wholesale Energy & Related Business).

Thank you in advance for your continued support as we put every effort into further improving corporate and shareholder value and achieving sustainable growth. 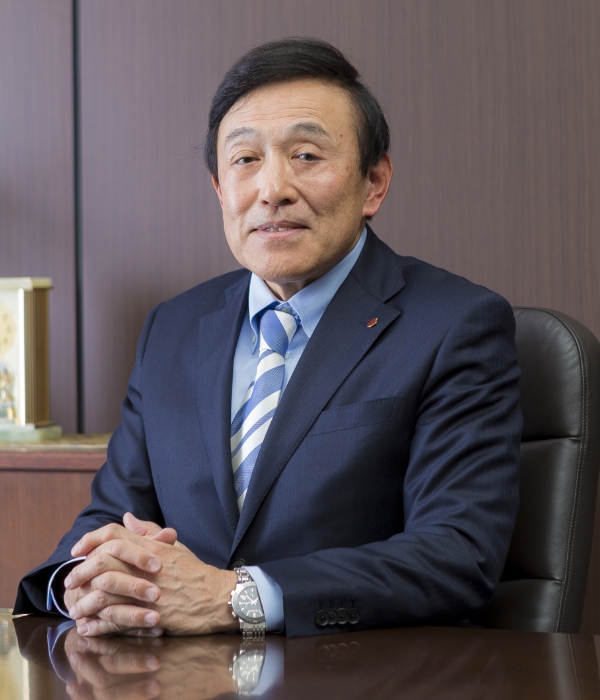